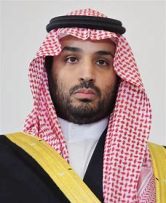 In case you hadn’t noticed, MBS, aka Prince Mohammed Bin Salman of Saudi, is a rather gorgeous standout – what Americans would call “eye candy”. This Solomon could fit in anywhere from the boudoirs of the  Song of Songs, to Hollywood epics  like The Ten Commandments. I am not sure why, before and during recent scandals, the simple fact that the prince  represents some kind of poster boy ideal for his regional type, was not more  admitted, if at all.

Perhaps men don’t want to be thought gay for appreciating his looks, or women to seem easily smitten by a male who doesn’t too obviously need or impel admiration  due to the faint aura of self-contained or satisfied  transcendence that attaches to  him. It supplies him an allure not wholly  alpha male erotic nor easily romantic either despite  cupid bow lips.   MBS,  in short, has not just looks but accompanying  presence. He may, as per reports, be an eccentric and  more, but when he drifts into company, it can be a bit like a gracious angel on visit; the focus of the very clear eyes is vaguely  remote from the immediate setting, the expression slightly ironic. “Don’t worry” he coolly assures President Macron, whose manner by comparison seems like a  hot and bothered elf and one who, like a troubled child, unhappily exclaims ”but I do worry, you don’t listen to me”

Macron may not quite look the divine Jupiter part he has openly admitted aspiring to, but if MBS bothers him, perhaps he’s right to be a bit troubled in relation to who and what is one of the modern world’s living, breathing enigmas.

O foolish world that can’t and won’t read a horoscope, nor look beyond appearances!

There are some facts from the skies about MBS worth noting. First, this prince, who has had half the princes of his nation locked up (even if for good reformist reasons) is a Sun King in waiting. He is the latest Louis X1V on the block.

MBS was born in Riyadh on 31.8.1985. The fatal combination of (usually)  brainy Virgo,  sign of the prince’s sun,  alongside the planets Venus, Mercury and Mars in theatrical, autocratic Leo, is  the single best passport to attitudes of the “L’etat c’est moi” (I am the state) variety. Louis X1V had Sun in Virgo with Venus  and moon in Leo. However, in the twenty first century, Sun King attitudes are more acceptable if they can blend, as in MBS’s case they do, with the more would-be different and futuristic tendencies of a natal Jupiter (philosophy/beliefs) in trendy, maverick Aquarius. Those beliefs nevertheless come and go – especially where women are concerned, since MBS’s reformist Jupiter in Aquarius is challengingly  opposed to Venus (women).

But with the sun in Virgo and the moon in Pisces (lunar degree unknown as the birth time is undeclared) there is – however secret and repressed – beyond a modern autocratic reformism, a feeling for something rather different again, a more radical and service-orientated role, even realizations of a self-as-Christ kind.

If this sounds unlikely, consider that not only are Virgo and Pisces signs prominent for the birth pattern of Christ, but that the prince has been exceptionally  liberal and tolerant  in affairs of  religion,  recently permitting a first ever Coptic mass to be celebrated in Saudi and entertaining a group of evangelicals (non Muslims are still not  permitted to worship in their own homes).  Moreover   the secret buyer of the world’s most expensively auctioned  art work,  Leonardo’s Salvator Mundi, an otherworldly portrait of Christ, is now widely believed to be MBS.

If the true birth time additionally rendered the unworldly Pisces moon closely square to Uranus, that would suggest the prince is the maverick he’s often said to be, an  original soul  better fitted to perhaps  art curating and criticism  than politics.  Which would be a reason he has fallen into what are now  widely deemed to be   reckless international policy positions.

Rather more concerning than the Pisces-Virgo input, and enough to make Macron worry and half the rulers of the world tremble in their boots  for their nations’ policies, is that the prince’s dramatic Mars in autocratic Leo is in close, tense, unfortunate 90 degree square to Saturn in often deadly and vengeful Scorpio (23 Leo to 22 Scorpio).

The Mars square Saturn aspect has traditional mauvaise reputation in astrology. If you heard recently of a certain Prince blowing his top, there’s no need to dismiss it as fake news and press gossip. It’s par for the course. Mars/Saturn square can be a virtual Hitler aspect, ruthless and liable to explode in terrible rages at the drop of a hat. The philosopher Wittgenstein shared the aspect with Hitler, and it looks like he beat a sick pupil so severely in a fit of rage that the youth later died, though connections prevented consequences in the matter.

However….damning through these associations are, this does not automatically  render MBS guilty as charged where murder is concerned.  Many people have difficult Mars/Saturn aspects and they are not all murderers, not even when transits hit off the natal aspect. They may just spit the dummy or strike someone in a rage. It is actually possible that on a day the prince spat the dummy, some over-eager supporters, thinking they could read his mind or  do themselves or Saudi  a favour, took action. Something of the kind  MBS half admitted in defence of his innocence  to the  visiting evangelicals. (He spoke of actions taken by over-enthusiastic people).

This is  at least plausible.  Virgo is a mild sign much given to ruminations  of conscience (Tolstoy for example takes it to extreme)  and someone seeking harmony of religions is  not the likeliest candidate to accept living with the thought of blood  on their hands. And it’s not to let MBS or Saudi  off the hook, to point out that  international  sympathy for Turkey at MBS’ expense, (and Trump’s)  is excessive given the repression, imprisonment, corruption and torture regularly associated with that country.

I think that when he’s cool, not feeling offended and fuming over hurts, MBS means well; but while he’s intelligent in his Virgoan way with a good grasp of details and a soft touch if and when he wants to extend it, he’s also pretty muddled. Between the moon (perhaps afflicted) in imaginative Pisces and with dreamy Neptune strong and almost misplaced on a world point (0 Capricorn) trine his sun, imagination could also run riot, and convey him almost anything. MBS could imagine so many things and so many alternative possibilities he may not practically imagine the death and wrecking ball effects his foreign policy could be causing on the ground.

I’ll not go on except to say that, at a guess given an unknown birth time, the rising sign that modifies the correct, neat and rather “perfect”  Virgoan appearance,  could  be “beautiful” and theoretically peace-loving Libra or else placid Taurus.  – the ascendant sign is the  personal image and how one is seen. All said and done, MBS seems, despite the Yemen horror, to be all for a historic peace in, and general progress for, the Middle East. But also the prince, at least in western garb, appears  slightly plump and could well become more so with age and the stress under which he will probably increasingly live.

As Libra/Venus, and also Venus/ Taurus, rule sugars,  one often finds Libra and Taurus rising people putting on the pounds and widening the waist line. That could become a great temptation to someone with a natal Venus opposed by enlarging Jupiter (at another level this marks a contact between the two most fortunate planets helping to protect and  keep MBS  in power).  Whatever the truth,  art loving MBS will have to beware of becoming one of Rubens’ weight-challenged royals. Especially If you’re a bit ruthless on the inside, it would be best to keep up a stylish appearance on the outside!